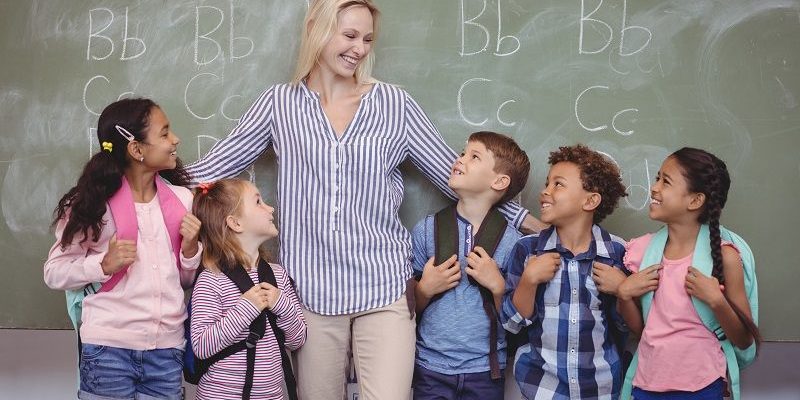 Parents know a solid education prepares their children for life, and that path begins in grade school. But many Oregon families are trapped in public schools that don’t meet their kids’ educational needs. While families with greater means can move to neighborhoods with public schools they like, or pay twice for education by opting for a private school, lower-income families often don’t have those options.

And those families’ children are at the greatest risk of not graduating from high school. According to the National Association of Education Progress, only 33% of Oregon fourth-graders tested “proficient” in reading in 2017. Our state continues to have the third-lowest graduation rate in the country. Nearly half the children born into poverty will stay in poverty as adults. Changing those outcomes requires a solid early education leading to graduation and employment.

This spring, the Children’s Scholarship Fund-Oregon program sponsored by Cascade Policy Institute is celebrating twenty years of giving low-income parents more choices in education, so their children can have a better chance. As director of the Children’s Scholarship Fund-Oregon, I’ve watched how partial tuition scholarships, funded by private donors in our community, have changed the trajectories of our students’ lives, sparking their passion for learning and helping them fulfill their potential.

One of the Children’s Scholarship Fund-Oregon’s first scholarship recipients described her experience this way: “My parents…wanted my brother and me to be placed in an environment where we would be academically challenged and be able to succeed….What [the Children’s Scholarship Fund has] given me is so much more than money; you have given me opportunity, confidence, faith, and trust that life has meaning, and that I am meant to succeed no matter what obstacles come my way.”

Every child should feel that way, and with school choice they can.

In 1998, philanthropists Ted Forstmann and John Walton wanted to jumpstart a national movement that would support low-income parents wanting alternatives to faltering government schools. Pledging $100 million of their own money, Forstmann and Walton challenged local donors across the U.S. to match their gift and help them offer 40,000 low-income children the chance to attend the tuition-based schools of their parents’ choice. That challenge became the Children’s Scholarship Fund and a national network of independently operating private scholarship programs for K-8 children.

But instead of 40,000 applicants, the Children’s Scholarship Fund heard from 1.25 million low-income parents nationwide. Here in Oregon, parents of more than 6,600 children in the Portland tri-county area applied for 500 available scholarships. Forstmann and Walton found out quickly that low-income parents were desperately seeking a quality education they couldn’t find in their local public schools.

They believed that if parents had meaningful choices among educational options, children would have a better chance at success in school. Twenty years of data have proven this true. Studies of college enrollment and graduation rates of scholarship alumni have shown that, despite coming from socioeconomic backgrounds associated with lower rates of college enrollment, Children’s Scholarship Fund students enroll in college at an average rate that is similar to or higher than the general population.

In other words, education in private grade schools is closing the achievement gap for kids from less advantaged backgrounds.

Ted Forstmann was known to say, “If you save one life, you save the world,” and “if you give parents a choice, you will give their children a chance.” Thanks to Forstmann, John Walton, and private donors in Oregon and 18 other states who have supported low-income parents in their quest for a quality education, more than 166,000 children have been a given that chance through scholarships worth more than $741 million. By offering parents the opportunity to choose which school best fits their child’s needs, the Children’s Scholarship Fund puts the power of education back in the hands of parents, where it belongs.